What Is The Difference Between Yoga and Yoga Therapy?

Yoga is inherently therapeutic as it functions on all levels of one’s being – physical, mental, emotional, energetic and spiritual.  This is why so many people are attracted to yoga and why so many health care professionals are now recommending yoga.  Numerous studies have been conducted on the benefits of yoga and now the therapeutic aspect of yoga is backed by scientific research.  This is why and how the field of yoga therapy has grown in the United States.  People are now looking to yoga not only for recreational purposes, but as a therapeutic tool for physical, mental, emotional, energetic and/or spiritual well-being.

With yoga therapy growing as a profession it is important to clarify what the difference is between yoga and yoga therapy.  According to the International Association of Yoga Therapist, the accrediting body of yoga therapists, “Yoga therapy is the appropriate application of the yoga teachings and practices in a therapeutic context in order to support a consistent yoga practice that will increase self-awareness and engage the client’s energy in the direction of desired goals. The goals of yoga therapy include eliminating, reducing, or managing symptoms that cause suffering; improving function; helping to prevent the occurrence or reoccurrence of underlying causes of illness; and moving toward improved health and wellbeing. Yoga therapy also helps clients/students change their relationship to and identification with their condition.”  What there is to be noted in this definition is the underlined words “in a therapeutic context”.  This is the key distinction between yoga and yoga therapy.  In other words an individual will come to a yoga teacher to learn yoga and an individual will come to a yoga therapist for help with a specific condition.

Example One:  Mary’s friends go to yoga class at the local yoga studio and they were encouraging her to come to class with them.  Mary was considering going with them, but she doesn’t like to stand out nor does she like not knowing what she is doing.  Mary decided to contact the studio owner to schedule some private yoga sessions so that she wouldn’t feel so uncomfortable when in a group yoga class.  The studio owner, Kay, had Mary fill out a new student information form.  This form asked Mary if she had previous yoga experience, had any recent injuries or surgeries, has any pre-existing physical conditions, sports injuries, is pregnant, has health concerns or other limitations, and anything else she would like to share with the yoga teacher.  Mary had a knee surgery 10 years ago which she noted on the form.  In the first private yoga session, Kay asked Mary about her knee surgery and any current knee limitations.  Kay explained the general format of a yoga class and introduced her to a few common yoga poses.  Kay noticed that while in a forward bend Mary’s hands didn’t reach the floor so she gave her yoga blocks to use.  In the second private yoga session, Kay reviewed the previous session’s yoga poses, introduced her to a few more yoga poses as well as some knee alignment principles while in yoga poses.  In the figure four stretch, Kay noticed Mary was straining to hold onto her leg so she gave her a strap to use.  In the third private yoga session, Kay reviewed the poses she already introduced Mary to and introduced her to a few more as well as some breathing practices some of the yoga teachers use in class.  In the fourth private yoga session, Kay reviewed everything they had gone over and also introduced other props that are commonly used so support relaxation at the end of the yoga class.  After the forth session Mary felt confident to attend a group yoga class.  Kay also felt Mary had a good foundation, but also recommended the beginner yoga series as a good next step for Mary to deepen her understanding.  After practicing yoga for a while Mary noticed that she was calmer and things bothered her less.  She also felt more aware of her body and would naturally make adjustments throughout her day to release tension.

Example Two:  Michael got into a motorcycle accident 6 months ago which resulted in an open book pelvic fracture and diastasis recti.  He has nerve damage from the pelvic surgery.  He is on pain, anti-inflammation and anti-depressants medication.  He is in a lot of pain, experiencing level 8-10 pain on most days.  He is seeing a pain specialist and is doing physical therapy.  Prior to his accident he had done some mindfulness training.  This training proved invaluable in the accident, surgery and current his recovery process.  Michael, got over his perception that real guys don’t do yoga and contacted a local yoga therapist to help him with his recovery process.

At the first session, Jane reviewed the intake form with Michael, asked clarifying questions and conducted a postural assessment noting imbalances in Michael’s structural alignment. The session ended with a guided meditation on how to work with the pain Michael was experiencing.  Michael left with a recording of the meditation and felt empowered with a means for working with his pain.

Prior to the second session, Jane researched the specifics of Michael’s accident, surgery, medications, medical history, intake form and postural assessment.  She also contacted Michael’s physical therapist to gain insight into the work they had been together.    In the session second session Jane asked Michael to show him the physical therapy work he was doing.  Jane made some recommendations on how to bring more awareness into his exercises as well as how to incorporate his breath with the movements.  The session ended with a guided meditation focused on breath and whole body awareness.  Michael went home with a recording of the meditation.  After the second session, Michael reported that with the additional “yoga information”, his physical therapy exercises felt more effective as well as more holistic incorporating not only his body, but also his mind and his breath.

In the third session, Jane reviewed with Michael the physical therapy exercises he was doing now with breath and awareness.  Jane noticed that Michael was having difficulty connecting with a gentle engagement of his abdominal muscles on exhale.  Jane also noticed Michael’s tendency to push through his pain rather than listen to the pain as a message to ease off.  Jane recommended that they stop the exercises and just focus on gentle breathing.  Jane also introduced some energetic hand positions known as mudras to help bring energy to the areas of his injury.  In closing of the session, Jane referred Michael to a practitioner who helps rebuild neuromuscular connection in areas of injury, a process known as PDTR.  Michael made an appointment with the referral and reported that he could now feel his abdominal muscles that he wasn’t connecting with before in his breathing or movement.

In the fourth session, Jane introduced Michael to his fascial (connective tissue) deep front line and how it is the basis for his overall structural support.  Jane then guided Michael through gentle exercises, in conjunction with his breath, to build awareness of his deep front line specifically in the area of his pelvis, low back, and lower abdominal muscles.  In doing these exercises Jane noticed Michael’s tendency to exert full effort and reminded him that in healing it is better to go slow, gently and steadily so that a set back from over doing it is avoided.  The session ended with a guided meditation on healing.  Michael reported that in the meditation he felt connected spiritually, a feeling he hadn’t felt since he was a child.

Michael continues with his yoga therapy sessions as well as sessions with other recommended practitioners.  He is making steady progress though at times he does not feel he is doing so.  He continues his healing journey and is inspired to help others in their healing process. 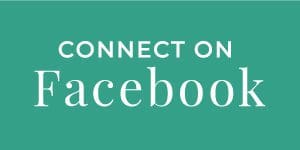 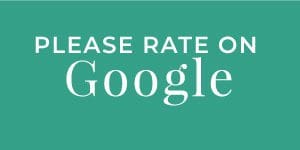